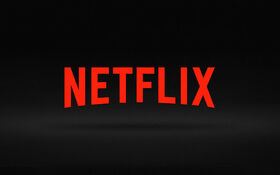 Netflix Inc is an American media-services provider and production company. It is the current streaming platform for the Altered Carbon television series and anime film.

Netflix was founded by Reed Hastings and Marc Randolph on August 29, 1997, in Scotts Valley, California. It initially specialized in and provides streaming media and video-on-demand online and DVD by mail. In 2013, Netflix expanded into film and television production as well as online distribution.

Netflix's initial business model included DVD sales and rental, although Hastings jettisoned DVD sales about a year after Netflix's founding to focus on the DVD rental by mail business. In 2007, Netflix expanded its business with the introduction of streaming media, while retaining the DVD and Blu-ray rental service. The company expanded internationally, with streaming made available to Canada in 2010 and continued growing its streaming service from there; by January 2016, Netflix services operated in over 190 countries.

Netflix entered the content-production industry in 2013, debuting its first series, House of Cards. It has greatly expanded the production of both film and television series since then, offering "Netflix Original" content through its online library of films and television. Netflix released an estimated 126 original series or films in 2016, more than any other network or cable channel.

In 2017, Netflix confirmed its television adaptation of the Altered Carbon book series. The first season aired in its entirety on February 2, 2018.

The series was renewed by Netflix for a second season on December 14, 2018. The second season aired on February 27, 2020. Altered Carbon and greenlit its first and second seasons.

Netflix later greenlit an Anime spin-off film of the series, Altered Carbon: Resleeved. It was released on March 19, 2020.